Fisher digging out a mouse 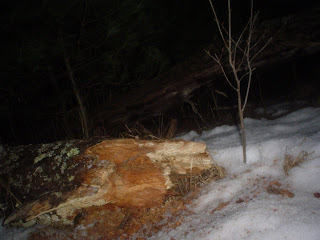 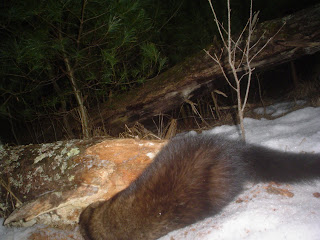 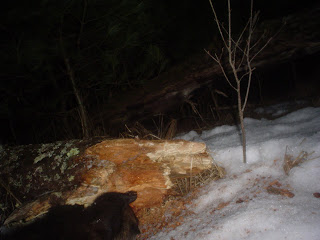 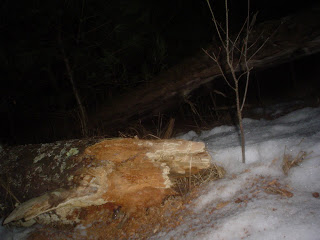 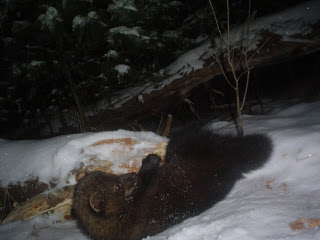 Earlier this week I posted photos of a fisher scratching away at a pine
log, returning every few nights to the same spot. Here's what he was up to:

The first photo shows a mouse, at 6:33PM on December 28th. Seven
minutes later, the fisher appears with his nose right at the spot where
the mouse was. The third shot shows him on his back, clawing away at
the wood.

The mouse survived, and shows up again the next morning. The fisher
gives it another go in the final minutes of 2009, on New Years Eve.

Posted by The Nashaway Trackers at 2:05 PM