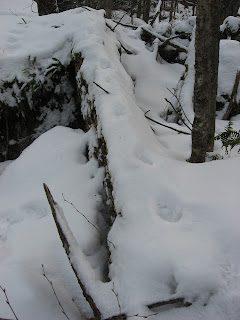 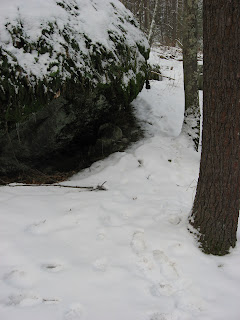 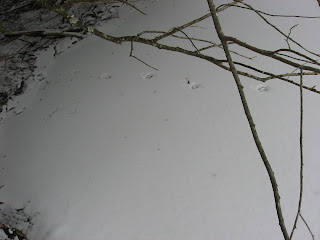 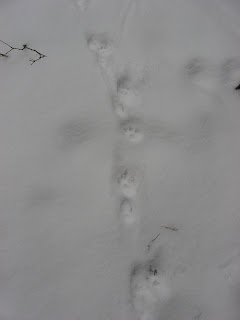 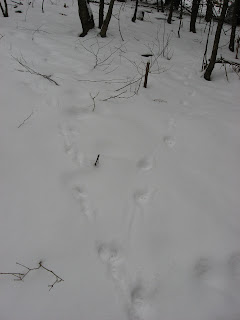 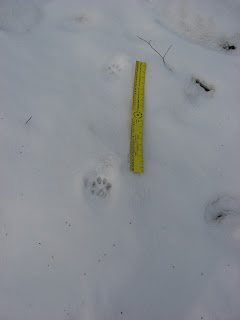 On New Year's Day, I was lucky enough to come across some bobcat tracks
in the woods behind my house in Harvard. I didn't realize what they
were at first because the bobcat was walking in the tracks of the fox I
was following. Then the bobcat tracks veered off, and left good, clear
tracks. It walked along a log (Janet, it made me think of you out at
the Quabbin), jumped down, and then walked up and around a large rock.
As I followed the tracks, I saw that it had come across the frozen
brook, again leaving just beautiful prints. When it reached the shore,
it picked up the trail of a fox, and continued to follow that until it
veered off again.

Last Sunday, I saw the bobcat tracks again, closer to the house this
time. The motion activated camera is now out there, so hopefully the
bobcat will want its photo taken. I'll keep you posted.

Posted by The Nashaway Trackers at 3:23 PM