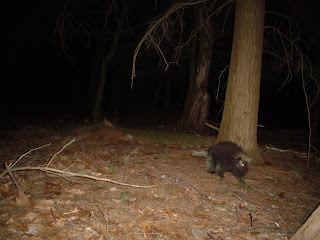 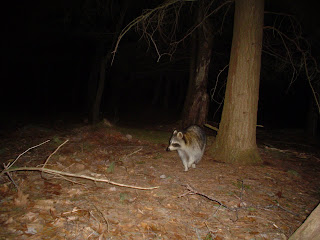 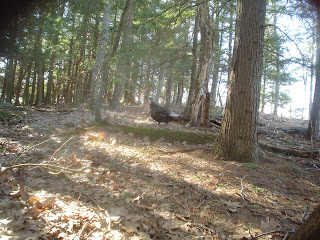 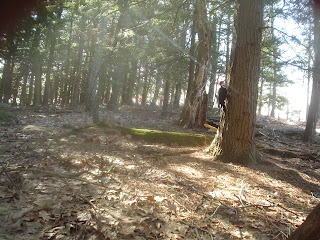 Here are some of the better photos from my motion activated camera
which was placed near Quabbin during March.

The camera was placed on a porcupine trail leading back to the dens
from some hemlock trees where the porcupines had been feeding. The
camera captured photos of porcupine, raccoon, squirrel, turkey, and
pileated woodpecker.

Looking at the camera timestamps when I got home, I realized that the
turkey crossed in front of the camera less than 10 minutes before we
arrived to pick it up! Further proof that the woods are full of
animals who simply hide in plain sight while we pass through,
oblivious to their presence.

Posted by The Nashaway Trackers at 8:05 PM