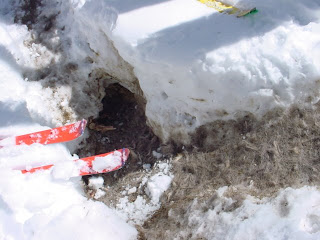 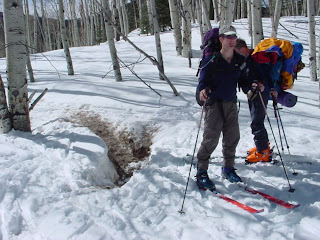 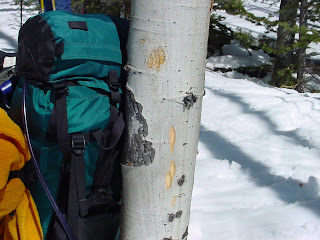 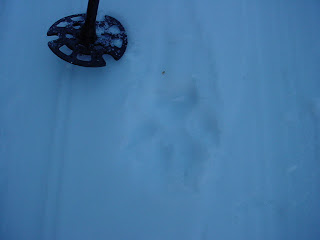 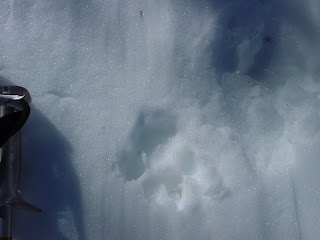 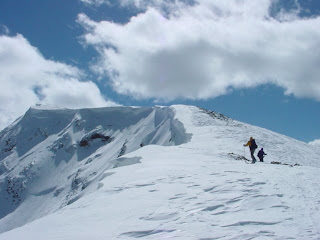 I (Janet) am attempting to forward a message with photos to this blog.
I don't know if the photos and message will actually appear. If they
don't, I'll find a way to get them posted later.

Last night, we were catching up with our friend Scott, when he mentioned
this carcass he had found several years ago while skiing. The only info
he mentioned to us, other than what he says in the email, is that
several trees in the immediate vicinity of the carcass had scratches on
them similar to those on the tree pictured. His thought (he's not a
tracker) was that the carcass was an elk and that it was killed by a bear.

Are you willing to post your thoughts about this? Could make for
interesting discussion.

Posted by The Nashaway Trackers at 8:21 AM