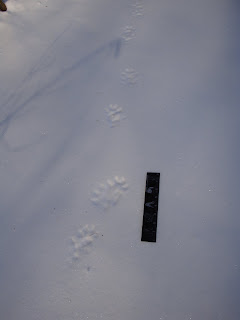 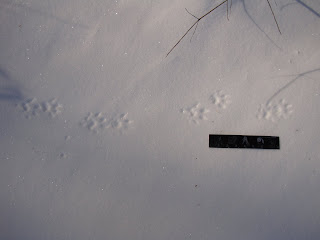 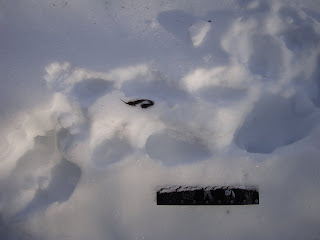 Around the corner from the mink tracks that I just posted, Lars found fisher tracks on the same peninsula of Delaney Pond in Bolton/Harvard/Stow, MA. He was 2x2 bounding in the powder, and when he hit a harder crust on the snow, he switched to a gallop. I followed the trail in both directions. One way led across very thin ice (no, I won't go that way). The other way led to the marking shown in the third photo.

If anyone has tricks to distinguish fisher from otter, it would help extinguish my sense of confusion regarding this matter. I see no webbing in the prints, nor fish scales in the scat.
Posted by Lars at 6:05 PM