Visitor to our chicken coop 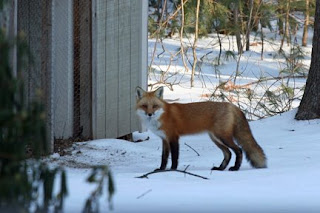 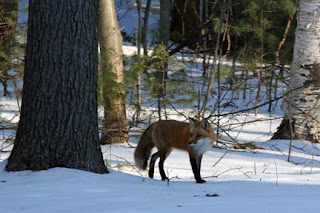 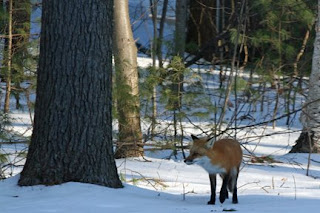 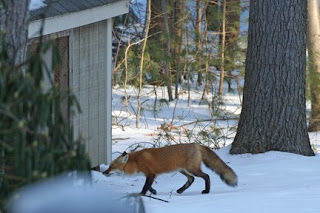 My dog’s (Merlin) barking (inside) alerted me to the trespasser. It was sitting on the side of the coop as she barked furiously to get out. I went to another room to get my camera and got off several shots before it moved. I ran back to get my zoom lens and came back to find that it had moved several feet back (out of sight of the house), but was still sitting on the side of the coop. Merlin’s barking intensified (if that was possible!) and the fox circled around to the opposite side of the coop (shown here), in a more direct line of sight to where Merlin and I were. It thought about leaving, then paced up and down several times (by now our second dog had gotten in on the barking action), apparently deciding it wasn’t worth it and ambled off toward the common drive.

Posted by The Nashaway Trackers at 10:58 AM