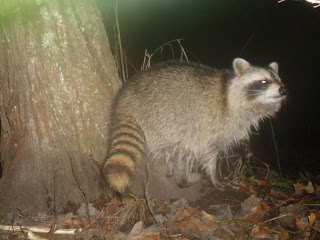 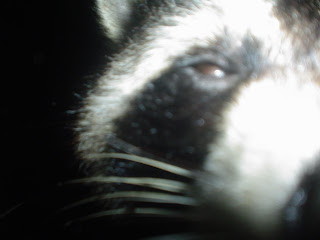 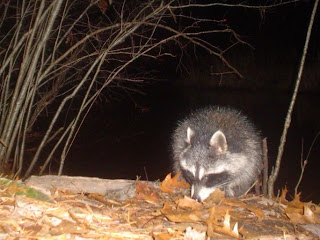 Dan's photo traps captured several raccoons working along the edge of
the Delaney wetlands. Raccoons aren't camera shy, and will usually walk
directly up to the camera after the first flash, resulting in a second,
extreme-close-up of raccoon belly fur. They sometimes knock over or
twist the camera, resulting in some non-traditional photo compositions.

Fisher are the worst, though. A fisher attacked a camera one fall,
leaving bite marks all over the case and chewing through steel-sheathed
cables.

Posted by The Nashaway Trackers at 9:47 AM