Merry Christmas from the Delaney Otters!

Dan writes:
One benefit of having a dog along when tracking is that they tend to be
drawn to interesting scents in the woods. So far this month Teddy has
lead me two bird kills (where only a wing remains) that I probably would
have walked past if he hadn't swerved to investigate.

Video of wildlife checking out the first bird kill can be viewed here:
Gray and Red Fox feeding video

In today's photo sequence, a pair of river otter emerge from the river
to relieve themselves on the shore, before continuing their night-time
foraging. 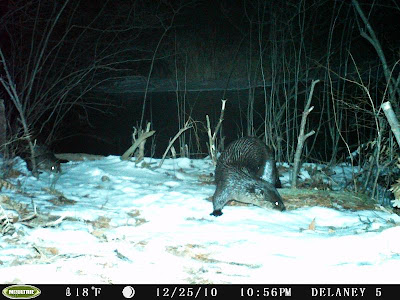 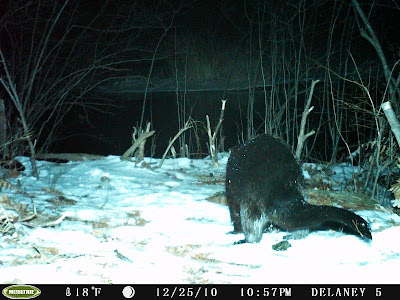 The next morning when we walked up to check on the camera,
Teddy was photographed with his nose right where the otter had left scat
the night before. 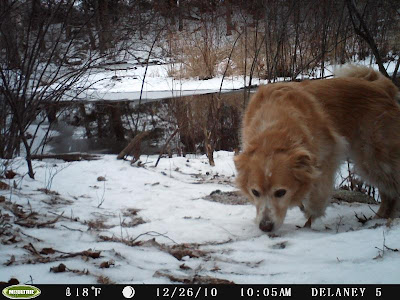 p.s. These photos were taken with the Moultrie game cameras we'll be
using in my camera trapping course in February. I'm pretty impressed
with the image quality and ease-of-use of these cameras!
Posted by Dan at 5:49 PM