During a recent trip to Austin, Texas, I had the opportunity - many opportunities, in fact - to photograph a local herd of of remarkably tame deer.  The setting was pure suburbia, and the deer seem to flourish.  That is, if you don't take their size into account.  Their populations are out of control, and they are noticeably smaller than the white-tail deer in our neck of the woods. 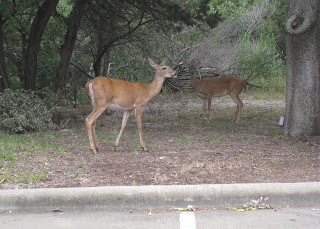 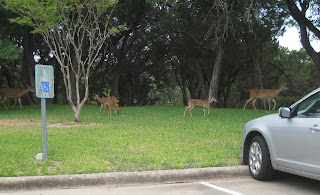 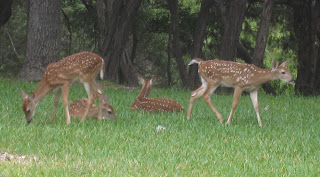 The first photo shows a doe and a young spike buck.  Those two were often together, along with the doe's twin fawns.  The second shot shows the same doe and fawns along with another doe, also the mother of twins.  The final picture is of the four babies all hanging out together.
Posted by Susan at 1:35 PM